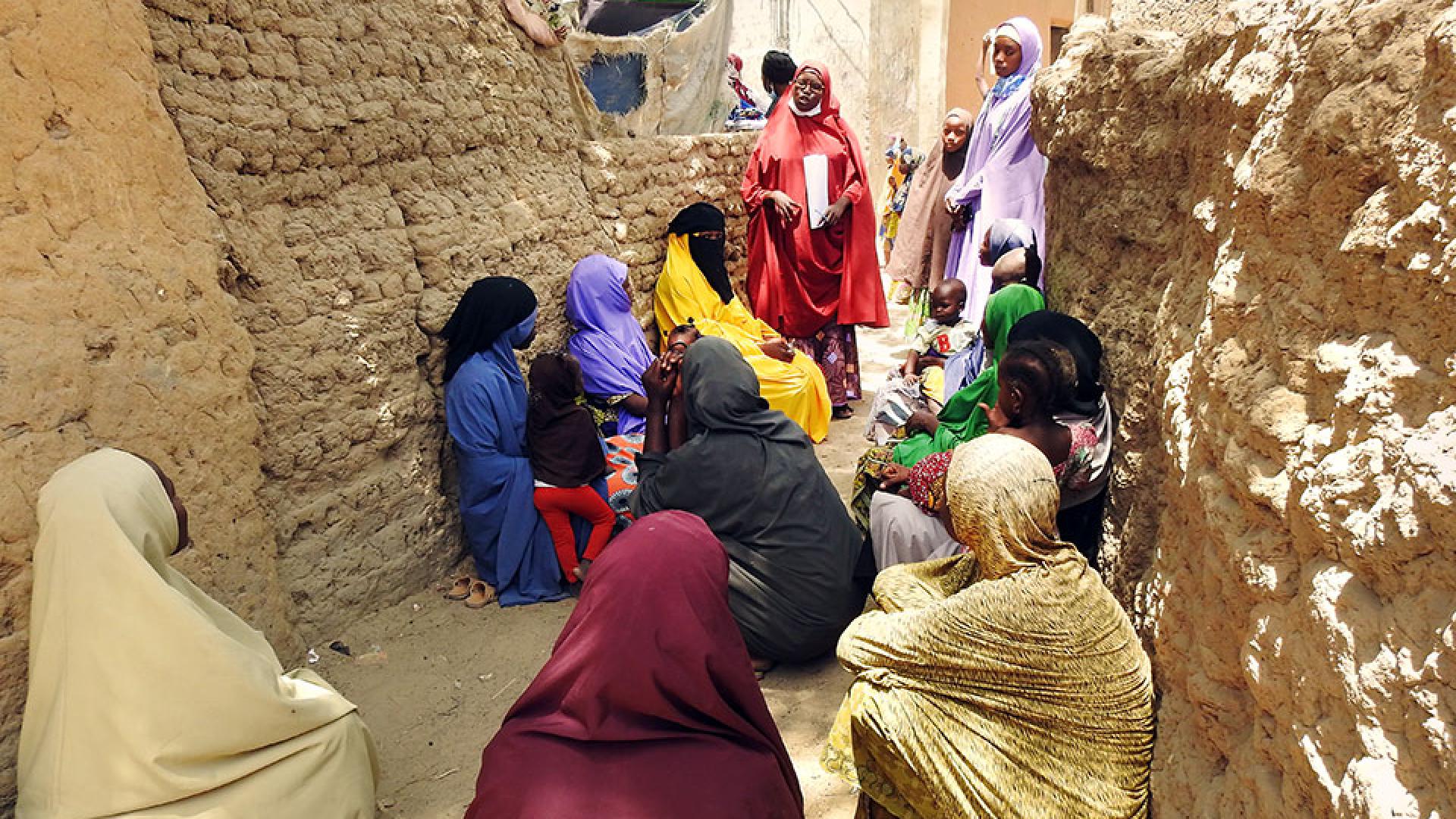 Nearly 30 per cent of girls in Ngatansou’s home in North Cameroon are married before the age of 18, facing loss of education, high rates of maternal mortality, and increased risk of gender-based violence. Many others suffer sexual violence at the hands of Boko Haram militants, who have terrorized the region for over a decade. 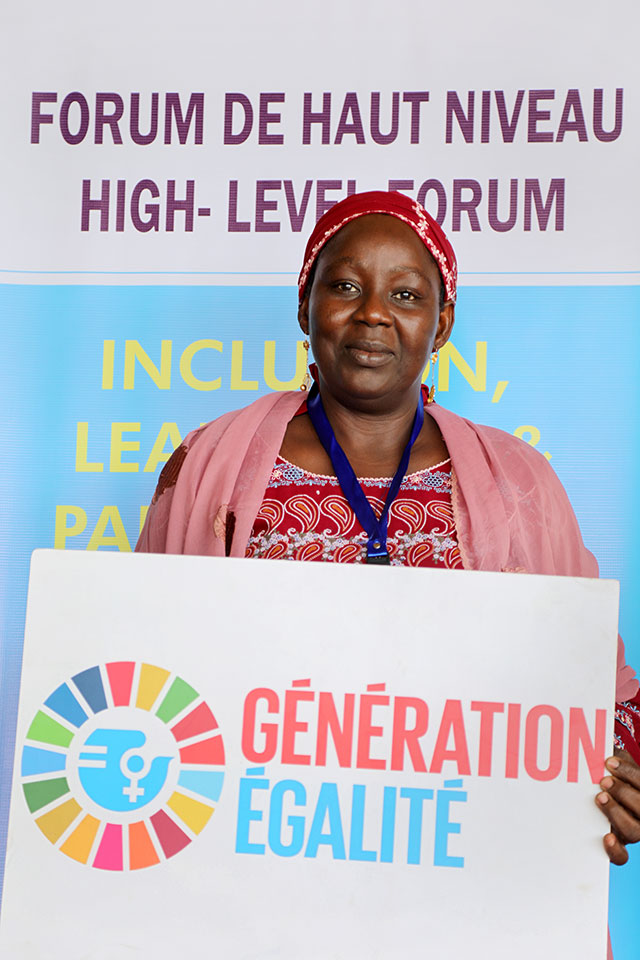 Her organization, the Association for the Elimination of Violence Against Women, gives women decision-making power over their daily lives and offers a way out of crisis and disaster. Her latest project is sponsored by UN Women, with the support of Japan and Spain, which are signatories of the Compact on Women, Peace and Security and Humantarian Action (WPS-HA).

At a time when many local women’s organizations are scaling down disaster resilience initiatives or closing their doors due to lack of funding, Ngatansou’s project has had remarkable reach and success.

In the first half of 2020, her organization provided psychological support to over 420 women and 290 girls affected by conflict, crisis and disaster, as well as gender-based violence. In addition, over 500 girls received support to stay in school, giving them an alternative to child marriage.

Ngantansou is proud to have helped remove the taboo from discussions about gender-based violence, giving survivors the courage to seek trauma counseling and demand change in the halls of government. “Now I even hear female politicians publicly reveal that they too were victims of violence. I am glad I could live to witness this change, and to know I have contributed to it.” 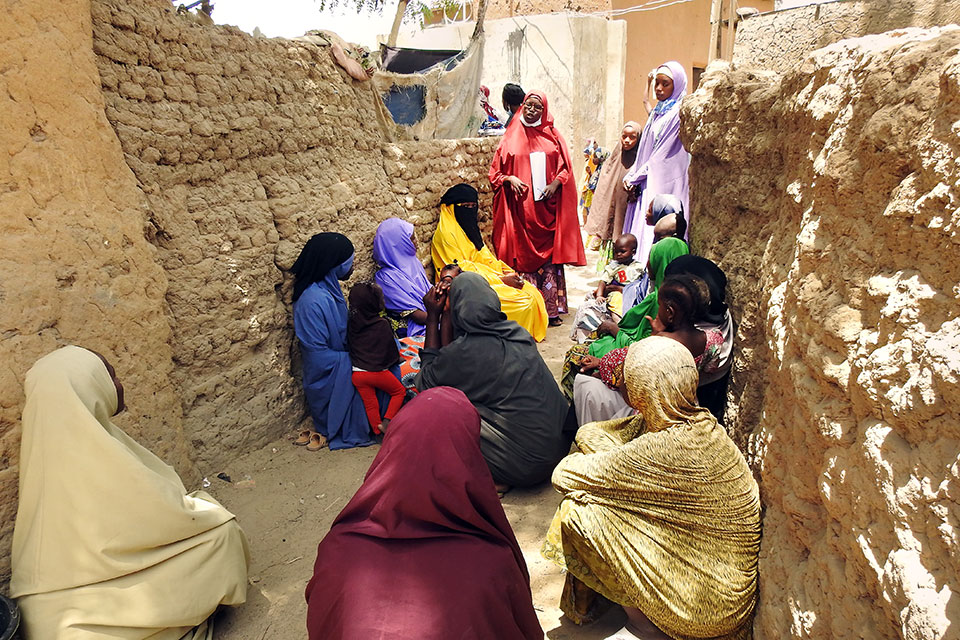 While conflict must be addressed at its source, humanitarian response also needs to provide women and girls with a way out of crisis – from counseling and sexual and reproductive health services, to education and economic empowerment – which is known as a humanitarian-development-peace nexus approach.

"We need to deliver programmes in a way that really addresses these challenges,” Nakamura said. “We need to work with local partners, including women’s organizations, as well as have a plan B, C and even D, and keep learning every day.” 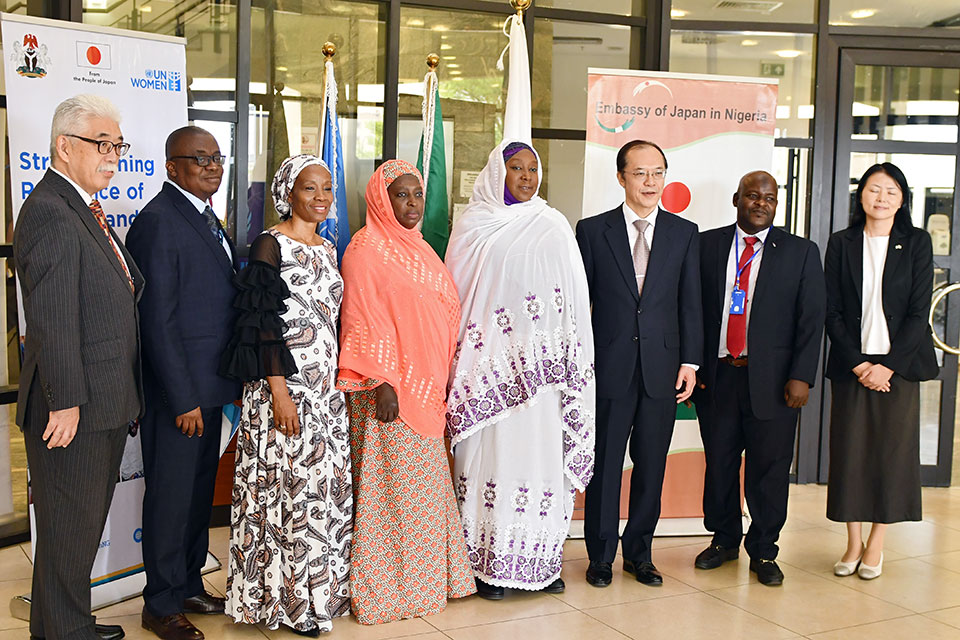 Since the project’s launch in April 2020, UN Women has partnered with over 100 stakeholders and local women’s organizations, connecting them with funding and resources and multiplying their efforts.

“It really takes a lot of partners with different expertise – whether that’s governments who provide funding and political support, organizations like UN Women, which contribute expertise in gender equality and women’s empowerment initiatives, or local women’s organizations who have the trust of their communities and can advise on what’s most needed,” Nakamura said.

“As a signatory of the newly launched WPS-HA Compact, and as part of the Generation Equality Action Coalition on Climate Justice, UN Women believes that we have the chance to scale up these efforts and truly catalyze a global movement for gender equality.” 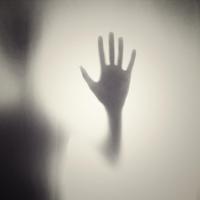 In CAR, violence against women is surging amid COVID-19 pandemic, study finds 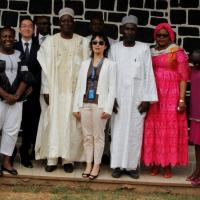