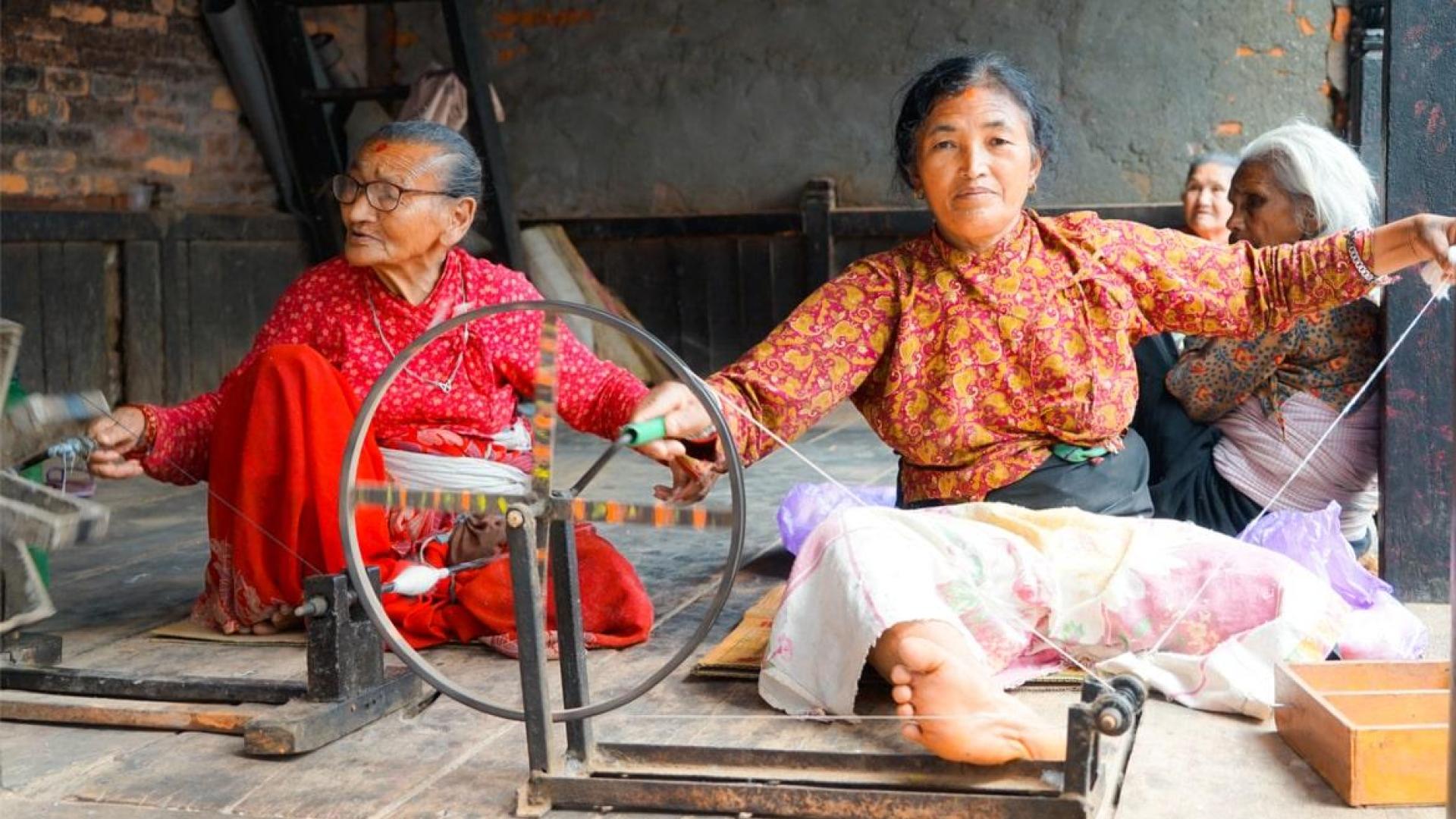 How do we ensure that anticipatory action – the steps taken ahead of forecast disasters to protect and support people – does not exacerbate the intersecting vulnerabilities of those people it aims to help? Three elements – protection, gender and inclusion – are crucial to this.

Approaches to mainstreaming protection have come a long way in recent years. Most humanitarian actors are now familiar with the principles of protection, paying more attention to ensuring that they do not cause harm and that the targeting of beneficiaries is inclusive and risk sensitive. However, there needs to be further progress in terms of integrating this understanding into emergency preparedness and response.

Nepal has a deeply divided and hierarchical society, which adds to the vulnerabilities brought about by a disaster. For example, a person’s caste, gender or disability can create barriers that obstruct their access to the support or services they need to recover from a disaster. Additionally, intersecting vulnerabilities – where people are vulnerable in one or more ways – could result in specific needs that are not covered by homogeneous approaches to humanitarian support.

Anticipatory action uses clearly defined triggers to establish where and when funds and assistance will be provided. Usually, a trigger model is based on a detailed risk analysis of relevant natural hazards, including impact assessments of past disasters and analysis of exposure and vulnerability data.

To define intervention maps for anticipatory action ahead of floods, UNICEF Nepal adapted the Nepalese Protection Cluster’s emergency preparedness tool for protection monitoring and incident reporting. Anchored in a network of local volunteers and informants, this tool increases the monitoring of protection risks and strengthens the analysis and usability of pre-crisis and disaster-protection data.

To reflect the different perspectives and needs of people affected by disasters, and to capture their coping mechanisms and earlier practices, the key informant networks for protection monitoring and incident reporting include women’s and youth organizations; soon, this will also include associations for people with disabilities. Targeting such organizations builds upon their networks and ensures the voices of under-represented groups are taken into account in preparedness work.

In this way, the tool supported the collection of protection-sensitive information from historic patterns of population movement before and after a shock. This included the causes of displacement, the prioritization of groups to be evacuated, areas of displacement, and perceptions of urgent needs and protection risks among affected populations.

For example, this highlighted that communities prefer to evacuate women, children and elderly people first. Doing this may require an advanced focus on where and how these groups will be sheltered. It also highlighted the specific non-food items and services these groups may need ahead of an activation, such as providing blankets and ensuring they have access to safe transportation to reach evacuation centres.

As a result of this deeper analysis of protection, vulnerable households were identified ahead of the activation for possible cash transfers – not only in the municipalities directly affected by floods, but also in those hosting displaced people and where households’ incomes, support mechanisms or access to services were closely tied to the places affected by flooding.

For a forecast-based action model to function, it is essential to know which groups are more likely to be affected. This allows for planning in terms of which early actions need to be prioritized, and where they should be implemented. Vulnerability and capacity analysis are the basis for prioritizing the communities, households and individuals more likely to be affected by a hazard, such as pregnant and lactating mothers or people with disabilities.

The forecast-based action and shock responsive social protection project led by the Nepal Red Cross Society identified four indicators for vulnerability analysis: (1) social; (2) physical; (3) economic; and (4) coping capacity. Using these in the analysis ensured that intersecting vulnerabilities could be taken into account when planning early actions, and that the most vulnerable individuals and households could be reached as a priority, especially when there were limited time and resources.

The Nepal Red Cross Society also integrated a geo-referenced household-level database into the National Disaster Risk Reduction and Management Authority’s BIPAD portal. This encouraged the government of Nepal and humanitarian actors to consider intersecting vulnerabilities during their decision-making processes.

The Nepal Red Cross Society conducted a simulation exercise on anticipatory action in September 2021, in which community-based feedback mechanisms helped to gather recommendations for revising the matrix of early actions. This helped to unpick coordination challenges and opportunities, both for the local disaster management committee and the gender equality and social inclusion focal point at the municipal office.

We have clearly defined the role of different departments in the municipal office in the early action matrix. Now, the data on pregnant and lactating women collected by the [gender equality and social inclusion] focal point can be used to take early actions, such as early evacuations or the provision of food and non-food items that meet their specific needs.

One month later, Nepal was hit by an unseasonal monsoon. Unfortunately, this event had a very short lead time – but the previous anticipatory action preparations proved invaluable in responding to this emergency. In just a few hours, the Nepal Red Cross Society, acting as an auxiliary to local authorities, disseminated early warning messages through multiple channels. Family members and neighbours were encouraged to pass information on to senior citizens and people with disabilities. Families living along the rivers expected to flood were evacuated to safe sites and shelters, and provided with assistance for three days.

Using the government’s social protection system alongside prior identification of the most vulnerable households, rapid cash assistance was provided to the individuals and families most at risk, including people with disabilities, single and widowed women, children and elderly people.

Integrating protection, gender and inclusion considerations into anticipatory action initiatives is a crucial step in tackling the intersecting vulnerabilities that affect the delivery of humanitarian assistance. It also helps to ensure that any assistance provided does not exacerbate these vulnerabilities. These three factors should be considered at all the stages of the anticipatory action process, as they not only affect the type of assistance provided and where it happens, but also the target beneficiaries and modalities of early warning and delivery mechanisms.