The Boe Declaration, signed during the 2018 Pacific Islands Forum, sent a clear message: climate change isn’t a scenario of the future; it’s a reality that’s happening now and an existential threat to the people of the Pacific. Climate change will affect the economic, political and social relations of the region, from health, food security, urbanisation and displacement to humanitarian assistance, disaster relief and disaster risk reduction.

The small island states in the Pacific are dealing with the consequences of climate change already and can’t afford to lose any more time. All of climate change’s effects threaten the livelihoods of Pacific island populations. Greater resilience among the region’s communities is needed to counter potential instability that can have repercussions beyond the region.

Engagement with Pacific island nations should be high on the Australian government’s agenda, in line with the priority given to the Indo-Pacific and South Pacific in the most recent foreign policy and defence white papers.

The 2016 defence white paper points to the issues associated with climate change in the Pacific. The prospect of state fragility and other security threats calls for Australian leadership in the region to counter the effects of climate change as a common security challenge.

One of the major aims of Australia’s 2017 foreign policy white paper is to increase cooperation with Pacific nations and to become more involved in disaster relief and preparation as the effects of climate change build. The white paper states, ‘Australia will continue to strengthen the capacity of the Pacific, particularly low-lying atoll states, to respond to climate change.’ It refers to a ‘new deployment capability, Australia Assists’, focusing on disaster assistance, and says that Australia aims to focus ‘strongly on protection efforts for women and girls and people with disabilities because they are particularly vulnerable during conflicts and natural disasters.

Experience from past natural disasters has demonstrated that women and girls are affected differently from men. Women and children are 14 times more likely to die or be injured during a disaster, according to UN Women Fiji. Climate change will also have an impact on women’s livelihoods and daily tasks (for example, through effects on arable land and freshwater resources).

The Australian government already engages with the region through bipartisan activities and through the presence and actions of the ambassador for women and girls, Dr Sharman Stone, who focuses especially on Pacific women’s economic and political empowerment. Australia has also been assisting after disasters through humanitarian and disaster relief missions. Canberra also runs major funding and support strategies such as Pacific Women Shaping Pacific Development, which is a good step but lacks local partners in many of the small island states (currently, only eight countries have NGOs listed as partners).

Gaps remain in our understanding of the challenges that will arise with a changing climate and how they’ll affect Canberra’s relationship and engagement with the region. Missing in the debate is the nexus between gender, climate change and the region. We need to recognise that climate change in the Pacific will produce particularly insecure circumstances for women. UN Women Fiji has also argued that a better understanding of the links between climate change, disaster risk reduction and gender will be necessary for achieving the UN’s Sustainable Development Goals.

Women’s lower socio-economic status, unequal access to information, health and assets, the extra burden of being primary care-givers, and the general inequities in everyday life, reduce their ability to cope with shocks. They also lead to further violations of women’s rights and dignity, such as human trafficking, child marriage, sexual exploitation and forced labour.

As the frequency and intensity of extreme weather events increase with climate change, it’s vital to include women’s perspectives, experiences and unique knowledge in the debate, as Phumzile Mlambo-Ngcuka, UN under-secretary-general and executive director of UN Women, underlines: ‘Through their experience as early adopters of many new agricultural techniques, first responders in crises, entrepreneurs of green energy and decision-makers at home, women offer valuable insights and solutions into better managing the climate and its risks.’

Some local initiatives are already showing successes, such as Women’s Weather Watch and the engagement of Madame Salilo Enele Sopoaga, Tuvalu’s prime minister’s wife, who has been taking the lead on training and educating local women on crops and seeds to foster food security and has helped them establish home gardens as an alternative to working in the fields. Programs like these can assist women to adjust to changes in the environment and develop self-reliance and coping mechanisms for potential food shortages.

But the region can’t do it alone. Australia should follow through and put some meat on the bones of the government’s ‘Pacific step-up’. Engaging more with local communities to take into consideration local experiences, knowledge and needs will be vital.

To enhance the effectiveness of Australia’s contribution and ensure that it’s done sustainably and respectfully, further research, particularly at the local level, will be required. Susan Harris Rimmer argued in her contribution to this series that those efforts need to be approached ‘in a spirit of true partnership’. That research work needs to focus on understanding how climate change affects people to varying degrees due to their gender, age and ability, and also how they cope with it and develop resilience differently. The research needs to encompass all parts of local populations, which, as Betty Barkha argued in her contribution, must include young people, who form the generation that will be most affected by climate change.

As UN Secretary General Antonio Guterres highlighted during his recent visit to New Zealand, ‘I don’t think there is any other region but the Pacific with the moral authority to tell the world that the world needs to abide by what the scientific community is telling us.’ Listening to local voices will allow Australia to pinpoint where cooperation with the region, particularly the small island nations, can best address climate-change-related insecurities. 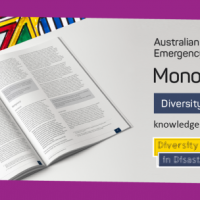 Launch of diversity and disaster monograph No. 3 from the Australian Journal of Emergency and the Gender and Disaster Pod 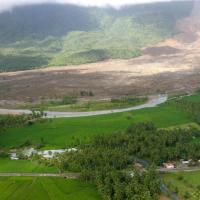 In Philippines, climate change and conflict both conspire against rural women