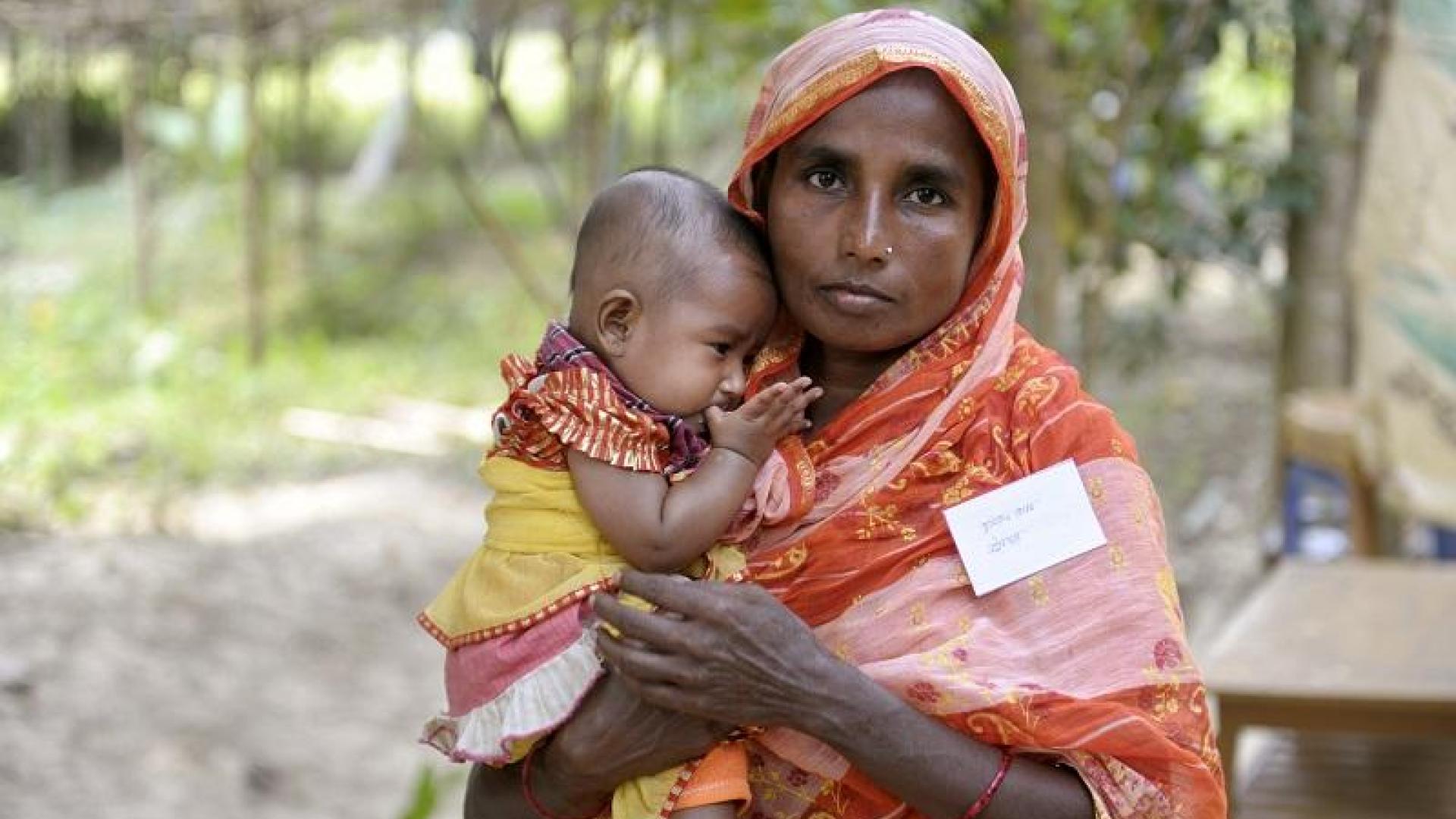 In May 2015, UN Women had organized an event in Dhaka on gender and climate change, during the high-level regional consultations on disaster risk reduction and climate resilience. A national expert was presenting the progress that Bangladesh had made in adapting to climate change. Listening with great attention was Mahera, who lives in the Khulna district of the remote Sundarban area, home to one of the largest mangrove forests in the world and a UNESCO World Heritage Site. She was there to share her experiences as a beneficiary of the UN Women project, ‘Reducing Vulnerability of Women Affected by Climate Change through Viable Livelihood Options,’ which had provided alternate livelihoods to some 19,000 women in Bangladesh.

Mahera turned towards me and whispered, “I don’t see any progress! Climate change is continuously making our lives difficult. Before, I could manage a year with two saris [traditional garment worn by women in South Asia], but now I need five to six saris a year, because the water is so saline that our clothes get worn out very quickly.”

In a few simple words, Mahera had brought to life one of the most pertinent issues surrounding climate action—efforts towards climate resilience will truly bear fruit once we start addressing the needs and priorities of women.

UNICEF’s recent analysis of the situation of children and women in Bangladesh reveals severe barriers to gender equality and women’s empowerment. Bangladesh is ranked 107th in the Gender-related Development Index, and 115th in the Gender Inequality Index. The country is lagging behind in critical aspects, such as women’s access to productive resources, recognition of women’s unpaid care work and their heavy engagement in agriculture.

The situation is exacerbated by recurring natural disasters. Women’s lower socio-economic status, unequal access to information, health and assets, the extra burden of being primary care-givers, and the general inequities in everyday life, reduce their ability to cope with shocks. They also lead to further violations of women’s rights and dignity, such as human trafficking, child marriage, sexual exploitation and forced labour.

Even though they are among the most vulnerable, and possess knowledge and skills to contribute effectively to climate action, there is little effective involvement of women in humanitarian action, and their practical needs are often forgotten. For instance, no one ever thinks of menstrual hygiene when disaster strikes, or about ensuring safe delivery of babies in flood shelters. If there is a signal for a cyclone, everyone runs to a shelter and huddles together, but what about the safety of adolescent girls in such a situation? Even simple things like lack of access to toilets impact women and girls disproportionately—during floods, men will often defecate in the open, while women wait until darkness falls, increasing their risk of Urinary Tract Infections and other health hazards, as well as sexual abuse.

UN Women Bangladesh has been a front-runner in terms of incorporating such gendered needs into disaster risk reduction and humanitarian action. Because of the project supported by UN Women, the gender dynamics within Mahera’s household has completely changed. With less than USD 200, the project helped her in setting up her own grocery shop. Previously, she would accompany her husband to collect wood from the nearby forest to sell. The ordeal of wading through dense mangroves has left scars on her feet to this day. Now, she manages the shop from 6 a.m. to 10 p.m., while her husband collects the wood. He returns home to cook for the family and sends off their two sons to school in the morning. The family’s income has grown and does not depend on the dwindling resources from the forest.

While these results were promising, one of the main lessons that we learnt from the project was the need to create more climate-resilient and non-traditional livelihoods, especially for women like Mahera who are living in disaster-prone areas. Many alternative livelihood initiatives engage women in raising goats and poultry, tailoring or running small shops—all of which can be washed away when a cyclone or flood hits.

Another obvious and critical gap that we found was the lack of coordination across various sectors involved in climate action. Imagine when a flood surges through a community—it’s not only homes and livelihoods that are destroyed. All the infrastructure, business and services—schools, hospitals, markets, and even justice mechanisms—that are the makings of our everyday lives are compromised. This is why disaster response and disaster-reduction—that is, ways to reduce the negative effects of anticipated risks brought by disasters—needs a cross-sectoral approach.

Incorporating the lessons learnt from past experiences, UN Women worked with partners to develop a National Resilience Programme that will run from 2017 to 2020, funded by the UK Department for International Development (DFID) and the Swedish International Development Cooperation Agency (SIDA). Among other measures, the programme would support climate vulnerable women to pursue alternative and disaster-resilient livelihoods, such as mele (a type of climate resilient reed) cultivation, growing floating vegetable gardens and pickle making.

It has also created a much-needed platform for cross-sectoral collaboration for the first time in Bangladesh, bringing together four government ministries (Ministry of Disaster Management and Relief, Ministry of Planning, Ministry of Women and Children Affairs and Ministry of Local Government, Rural Development and Co-operatives), and three UN agencies (UN Women, UNDP and UNOPS), making climate action a joint effort.

The National Resilience Programme builds the capacity of government officials and humanitarian actors at national and local levels, so that the specific needs of women and girls during disasters are foreseen and addressed. Successful climate change adaptation would mean that women like Mahera in the Sundarbans can experience the progress that experts are tracing on paper.

Vulnerability and capacity assessment in the Boeung Chhmar Ramsar site