Japan will support municipalities in Serbia this year with a USD 3.64 million grant aimed at increasing local-level resilience and preparedness to respond to disasters. The 12-months-long project will be implemented by the United Nations Development Programme (UNDP).

The Project will benefit communities in at least 27 municipalities in Serbia, totalling some 1.3 million inhabitants, which have been identified by Serbian government as the most affected by last year’s devastating floods.

Working in close partnership with the national and local authorities, the project will center on specifically targeted areas of Serbia with integrated sets of measures aimed at addressing the needs identified during the UN’s post-floods emergency response phase.

The project will include the following activities:

The Project will enhance human security of the local people through the activities above. Japan has introduced the concept of human security as a guiding principle of its official development assistance (ODA) and actively promoted the concept in cooperation with the UNDP.

The project will be implemented from March 2015 to February 2016.

UNDP partners with people at all levels of society to help build nations that can withstand crisis, and drive and sustain the kind of growth that improves the quality of life for everyone. On the ground in more than 170 countries and territories, we offer global perspective and local insight to help empower lives and build resilient nations. 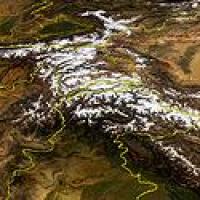