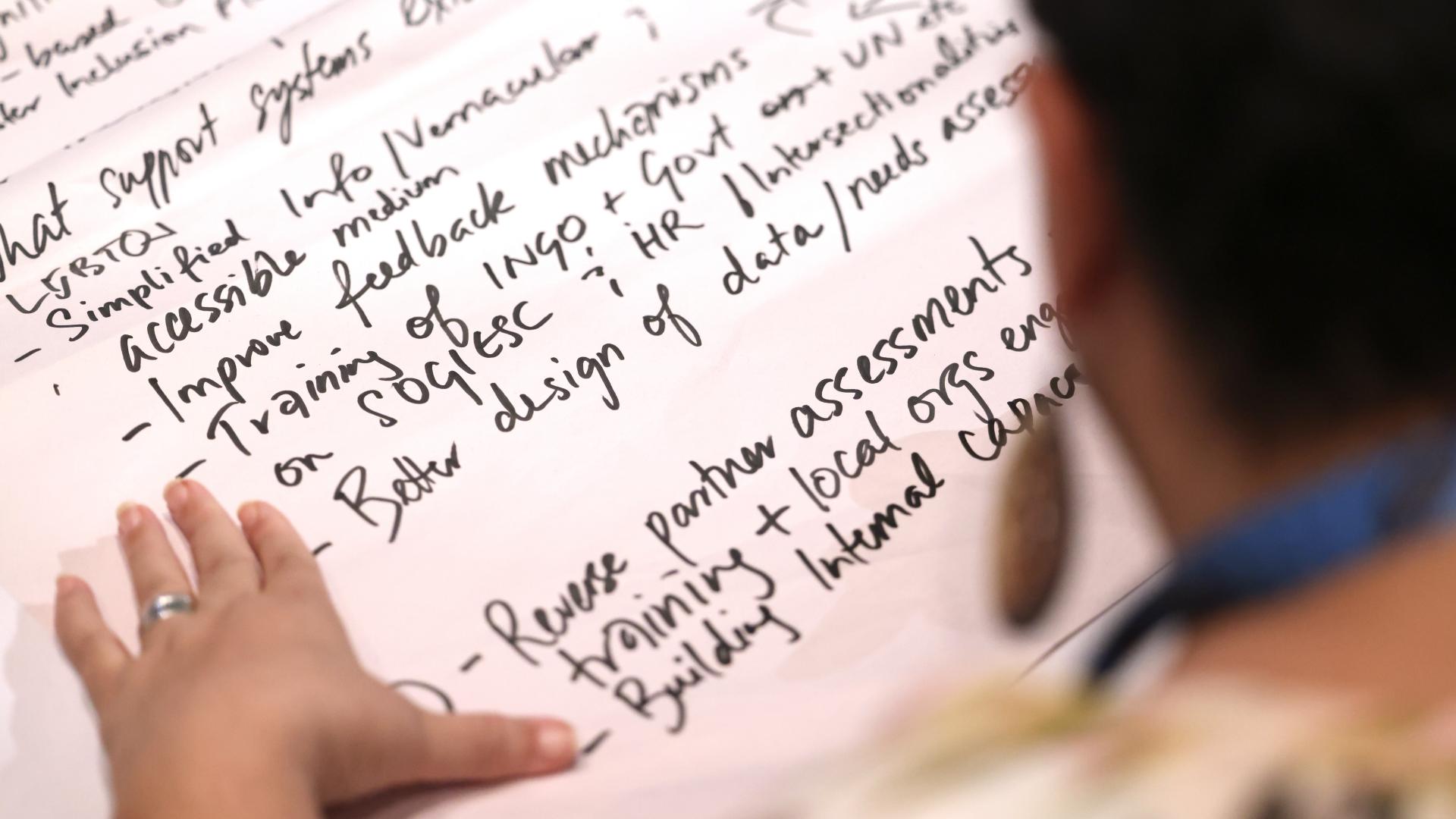 UN Women is grateful to the Government of Australia and UNDRR for co-hosting the 2022 Asia-Pacific Ministerial Conference on Disaster Risk Reduction (APMCDRR) with the theme: “From Crisis to Resilience: Transforming the Asia-Pacific Region’s future through disaster risk reduction.”

Disaster risk is becoming increasingly complex, with risk drivers and consequences multiplying and colliding in unprecedented ways. The Sendai Framework for Disaster Risk Reduction 2015-2030 underscores the cruciality of women's participation and leadership in effectively reducing disaster risk and designing, resourcing, and implementing gender-sensitive policies, plans, and programmes towards building resilience. Nevertheless, data consistently show that inadequate attention has been given to the ways in which gender inequality and social exclusion drives disaster risks and impacts. This disparity reinforces existing inequalities, risks, and impacts following a disaster or crisis, and makes it harder and sometimes simply impossible, for the most marginalised to recover.

According to the Women’s Resilience to Disasters Policy Tracker, there are currently more than 32 national and regional gender-inclusive legal and policy frameworks in place in countries in Asia and the Pacific, although implementation of concrete and focused measures have been limited. Despite this progress, only a fraction of Asian and Pacific countries have been collecting and using sex, age, and disability disaggregated data to monitor the implementation of the Sendai Framework, and even fewer countries have been able to mainstream gender and social inclusion in Target E – National and local strategies for DRR. As a result, targeted assistance and programming, as well as meaningful participation of marginalized groups, continue to be limited. The Midterm Review of the Sendai Framework therefore offers a unique opportunity to close critical gender gaps in disaster risk prevention, mitigation, preparedness, and recovery, both in policy and practice, especially at subnational and community levels.

UN Women recognises the gender dimensions of disasters including the disproportionate disaster and climate risks, as well as impacts, on women and girls, in all their diversity, the underlying root causes of unequal risk, such as gender roles, social norms, and discriminatory attitudes, and the structural barriers to women’s meaningful participation and leadership in DRR and resilience. Globally, UN Women developed a gender guidance note to support Member States on mainstreaming gender in their midterm review processes, and to this end continue to work with a network of gender experts and more than 500 women’s organizations working on disaster and climate resilience to help countries integrate gender considerations into their national Sendai Framework mid-term review processes. In Asia and the Pacific, we are implementing the Women’s Resilience to Disasters Programme and the EmPower: Women for Climate Resilient Societies where we advance the resilience of lives and livelihoods of women and girls to disasters and threats, and support local women leaders in climate and disaster resilience to participate and advocate in global and regional normative processes. We are also actively advancing gender equality and inclusion in the following initiatives:

As a way forward, UN Women calls for increased commitment from all stakeholders to address the gender gaps in DRR and strengthen gender-responsive and inclusive DRR and recovery governance, which would only be possible through system-wide change. Specifically, UN Women calls for the following: