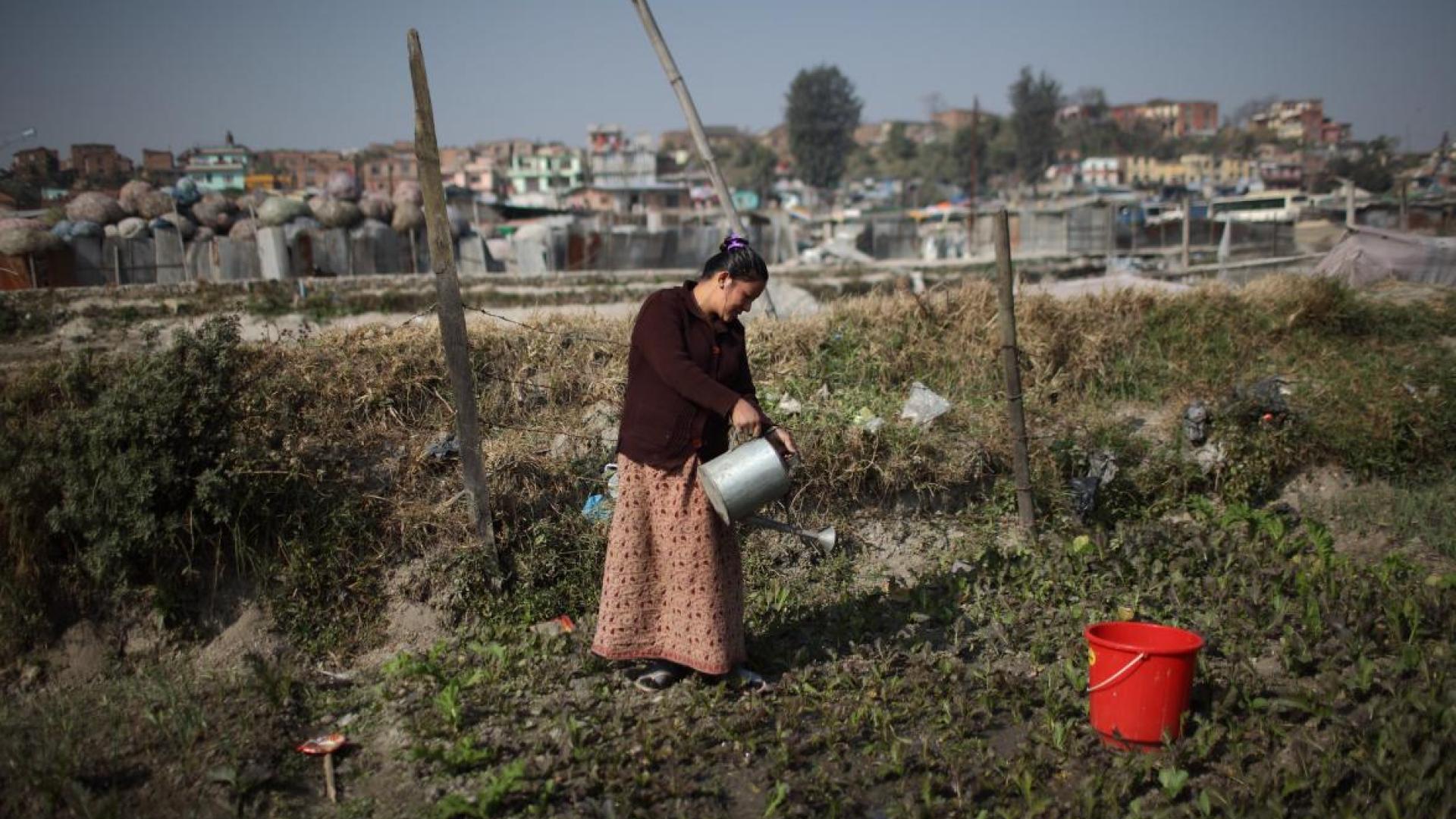 Researchers from the International Water Management Institute (IWMI) have been studying the link between gender and political restructuring, and how this influences water supply in two districts of Nepal. It was identified that despite new political structures, old mindsets prevail, but a more empowered younger generation could affect change. In Nepal, where only about 25% of water supply systems are fully functional, opportunities to provide a more equitable water supply are crucial.

Nepal established a federal government in 2015, bringing an end to an era of centralized rule. The new governance structure opens opportunities to eliminate disparities caused by class, caste and gender. Also, a new constitution calls for increased representation of women in politics, with mandatory quotas for the number of seat women must fill in government positions.

At the local level, these quotas extend to water user committees (WUCs), where 33% of all members must be women.

As a response to the poor functionality of community water systems in Nepal, the IWMI-led Water for Women project, funded by the Australian Department of Foreign Affairs and Trade (DFAT), aims to provide a gender perspective to understand and enhance the functionality of water supply systems. The gender quota has been a success at one level, with 40% of elected representatives of local government assemblies being women. However, the country still faces challenges in achieving gender equity and is ranked 101 out of 153 in the World Economic Forum’s Global Gender Gap Index 2020.

According to a 2019 World Bank gender brief, women in the country face systemic barriers in areas such as employment, health, education and, despite the gender quota, participation in government. For instance, men hold the majority of high-level government positions, and women do not always receive training for their new roles. For rural water resources management, in particular, entrenched feudal mindsets and male-dominated attitudes at the community level continue to be key barriers to women’s meaningful participation and social inclusion.

A team of IWMI researchers undertook a survey of 600 households (298 men and 302 women respondents) across two districts (Dailekh and Sarlahi) in Nepal to understand how gender and power dynamics influence the functionality of community water systems in light of the country’s recent shift to federalism and the mandatory quotas for women in government positions.

Since the early 1990s, rural water supply systems have been managed by WUCs, groups of community members meeting monthly to make decisions about local water management. However, in Dailekh and Sarlahi, WUCs are struggling. “In Dailekh, we found that out of seven committees, only one was functioning,” said Alok Rajouria, leader of the Water for Women project and a social science researcher based at IWMI’s office in Kathmandu. Other times, the committees do not have a written constitution or do not collect tariffs to maintain communal water sources.

Despite the gender quotas, it is often difficult for women to get involved in the WUCs. Male out-migration, for instance, leaves women with multiple responsibilities, including household chores and agricultural activities. Women often have limited time to get involved in decision-making on community water management and be part of WUCs, which are run on a voluntary basis.

“What’s happening in the name of empowering women is you are heaping burdens on poor women who don’t have the agency to say no,” said Deepa Joshi, Gender, Youth and Inclusion (GYI) Lead Specialist at IWMI.

To make matters worse, when women do get involved, they are not always heard. Respondents reported that household heads, who are predominantly men, often make decisions for the women on the WUCs. Also, while the government policy directive to include 33% of women is generally fulfilled, it is often more out of compulsion or compliance than free will. Often, women involved in committees are passive audience members rather than active participants.

While women in Nepal’s government may not yet have much agency in political decisions, the trends may change with younger generations. In Sarlahi, IWMI researchers observed that, as participation in water management is slowly increasing among women, younger women are more outspoken and willing to participate.

However, along with generational change, there is the need for structural change as well. The political economy has transformed since the 1990s, when WUCs were perceived as the answer to effective and sustainable management of rural water supply systems.

Now, with high levels of migration of young people from villages, additional demands on women’s roles in the household and community, and increased income from remittances and higher productivity, participation and volunteerism among rural people is more a burden than an opportunity. Community-based water institutions must be designed to address challenges and foster meaningful participation of women in WUCs.

Looking ahead, IWMI researchers would like to work collaboratively with the SNV Netherlands Development Organisation in Nepal, as they develop capacity building, communication strategies and trainings to address the role of women in WUCs. IWMI’s findings may influence government policies around community water management. The time has come to consider alternate models of managing rural water supply systems. Testing new models taking into account three key players – the community, the state and the private sector – and the different roles and responsibilities they can fill may pave the way forward to make rural water supply systems more functional, equitable and inclusive.

Thank you to Alok Rajouria, Manohara Khadka, Manita Raut, Deepa Joshi and Gitta Shrestha of the IWMI-led Water for Women project for their contributions to this piece.