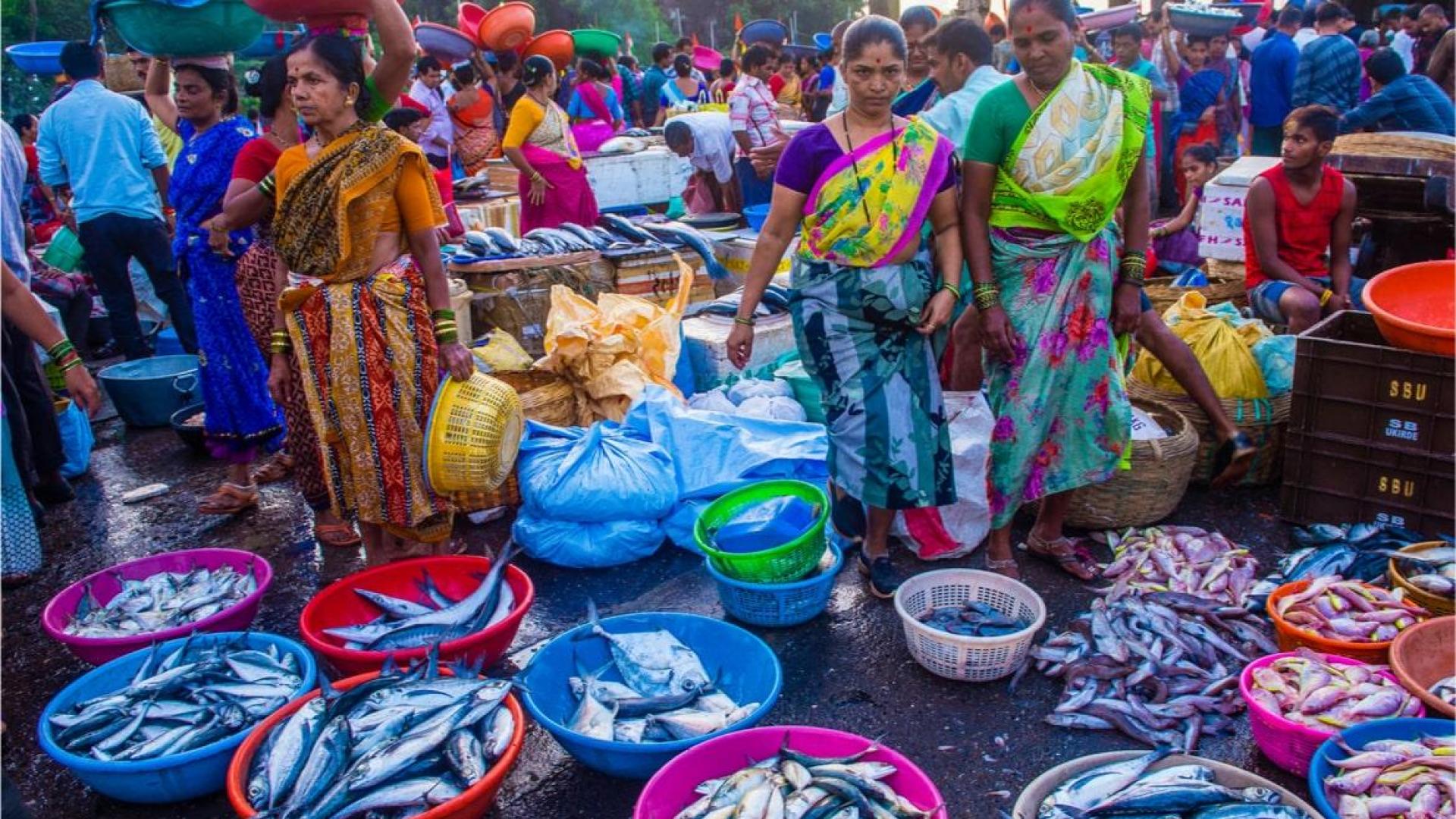 As the ocean warms and India's weather becomes more extreme, shrinking fish catches are sparking calls for aid and insurance for all workers across the industry

On a sweltering Mumbai afternoon, fish seller Nayana Patil grabbed an unsold pomfret from her counter, noting the price per kilo had tripled in the last fortnight.

As a few customers eyed the fish on display like exhibits in a museum, Patil blamed a sudden spike in Mumbai temperatures for a drop in fish-catch volumes, arguing she should be compensated for her falling income due to the erratic weather.

Fishermen get government handouts after storms cause them losses or harm their boats, while farmers receive aid for crop damage from droughts and floods, Patil, 55, told the Thomson Reuters Foundation.

"Earlier, women (here) could raise 10 children on their earnings. Now we have no money. My mother couldn't send us to school but she taught us fishing so we could be self-reliant. What do we do now if there are no fish in the sea?" she added.

Mumbai recorded severe heatwave conditions in March, with temperatures 6-7 degrees Celsius above normal on at least 10 days, according to weather officials.

Located on the Arabian Sea, a particularly fast-warming part of the Indian Ocean, the city has experienced unseasonal rains, cyclones and extreme heat in the past five years.

The impact of these climate shifts on fish catch volumes is now casting a long shadow on the social status enjoyed for generations by Mumbai's female fish vendors, who are known as fiercely independent, witty and financially suave.

Last month's heat was the latest - and the harshest - in a string of challenges they have faced in recent times, from losses owing to fewer fishing days amid fiercer cyclones, to competition from online seafood delivery portals.

The federal government offers insurance to fishers against death and disability, with nearly 280,000 covered so far, data from the National Fisheries Development Board (NFDB) shows.

Data compiled by the NFDB shows a 52% rise in cyclones over the Arabian Sea in the last two decades, fuelled by a 1.2-1.4C rise in the sea surface temperature.

"The sea is our farm - and we too are climate victims," said vendor Patil.

India has about 28 million workers in fisheries and related activities, with 70% of all post-fishing activity handled by women, government data shows.

In Mumbai, an estimated 40,000 women fish vendors from the Koli community, the city's original inhabitants, buy stock from fish traders, then sort, pack and sell it in markets.

Nonetheless, Pradip Chatterjee, who heads the West Bengal- based National Platform for Small Scale Fish Workers, said its members were struggling because their traditional knowledge and calculations are no longer effective due to abrupt weather shifts.

As well as the ocean warming that has pushed fish to migrate from their native zones to colder waters, stocks have also been depleted by excessive fishing, scientists said.

"Over-fishing even during the breeding season or the use of small mesh nets that catch juvenile fish have compounded the impact of climate change on the fishing community," said Sunil Mohamed, secretary of the Kerala-based Sustainable Seafood Network of India.

Oil sardines, for example, were once abundant on the southern coasts of Kerala and Karnataka, but are now found slightly north along the shores of Maharashtra and Gujarat.

As a result, they must use more fuel to go out into the deep sea amid soaring diesel prices and for a smaller catch.

Ad-hoc compensation in the wake of cyclones is provided to active fishermen, based on losses of catch and work days and the size of trawler engines, and is a recurring financial burden on state treasuries in the absence of insurance, he noted.

But tens of thousands of women - many of them working informally - get no financial help.

Tandel said the only compensation they receive when a cyclone hits is a storage box for fish.

"What purpose would that serve?" asked Tandel, who wrote to the local government this week highlighting the injustice.

Looking around the empty bamboo fish-drying racks at Versova harbour in suburban Mumbai, retired marine scientist and fisherman Sadashiv Raje recalled childhood fishing trips with his father, when they returned with baskets full of 'bombil'.

Bombil is as versatile for cooking - crisp-fried or in a tamarind-coconut curry - as for generating employment, he said.

Fresh, it sells briskly at fish markets while harbour workers dry it to be stocked and sold throughout the year.

"Earlier, I had work through the month of March but I got seven days last month," said Malamma Randhi Konalu, who earns 200 rupees a day for hanging up fish on bamboo rods, where they flutter like ribbons in the sea breeze.

The government in March acknowledged the impacts of global warming on India's marine catch volume, while union leaders said it was time to protect the fishing community from climate-linked losses.

Maharashtra fisheries minister Aslam Shaikh did not respond to requests for comment.

Suvarna Chandrappagari, chief executive of the NFDB, which oversees fish-workers' insurance, said a policy to cover climate-linked losses for aquaculture-bred fish and shrimp would be tested soon.

But a decision on insurance against weather disasters on inland waters or at sea was yet to be made, she added.

Other loss-limiting initiatives include sea cages to breed commercially viable fish species and artificial propagation of seaweed, as well as protecting marine harbours from wind gusts by improving infrastructure, she noted.

Campaigner Chatterjee said climate resilience needed to be built across the whole fishing sector, or small-scale and marginalised operators would suffer the most.

Shrinking fish catches are already changing how Mumbai's women fish vendors perceive their income, with some considering quitting the uncertain business or deterring the next generation from taking it up.

"For them, fish is not just their main livelihood, but a symbol of their existence," she said. "If this drop in catch continues, the women will have to move to another profession." 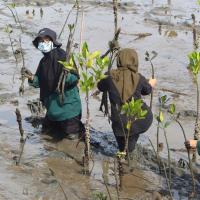 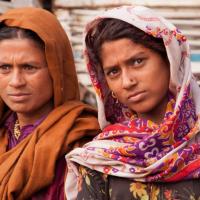