Bangladesh now collects meteorological data through a network of more than 50 weather stations, balloons, and radars.

Volunteer gender parity – which has been in place since 2020 – has helped increase the safety of shelters for women, but it has also helped with evacuations. Because women are often in charge of taking care of families, they have typically been the last to evacuate, Ahmadul Haque, director of the CPP, told The New Humanitarian in October.

“Our parents did not learn about disasters when they were young, but we do,” said Sadhu, “Climate change will bring bigger disasters in the future, but we know we can prepare for them. We are not afraid. 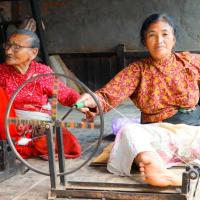