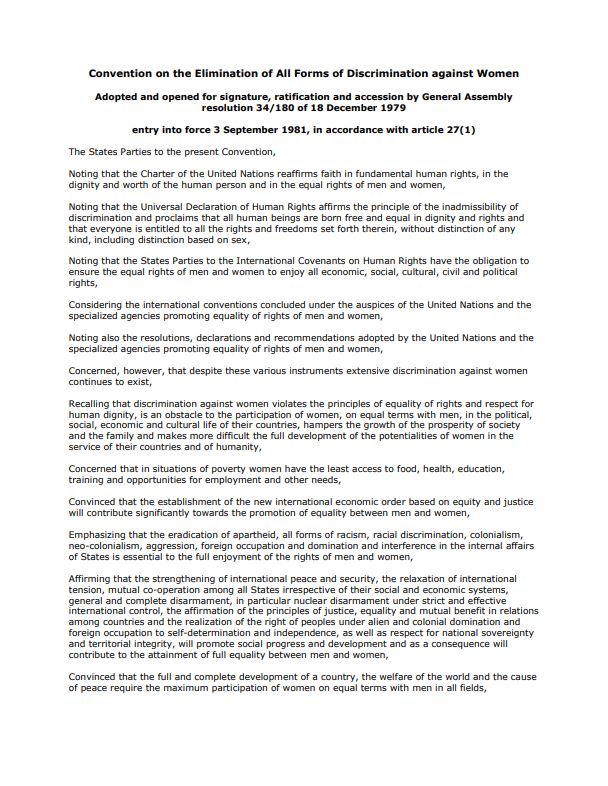 CEDAW was adopted in 1979 by the UN General Assembly. It is often described as an international bill of rights for women. Consisting of a preamble and 30 articles, it defines discrimination against women and establishes an agenda for national action to end such discrimination.

The General Recommendation 37  of the CEDAW Committee on gender-related dimensions of disaster risk reduction in the context of climate change, provides guidance to member States on strengthening the inclusion and resilience of women with regard to disaster and climate risk.

It takes a rights-based approach and provides a clear foundation for action, including the need for increased participation and empowerment of women in disaster risk reduction and climate change adaptation and positive measures to achieve equality. The recommendation highlights specific areas of concern, including the right to be free from gender-based violence, and socio-economic rights related to education, health, social protection and an adequate standard of living.