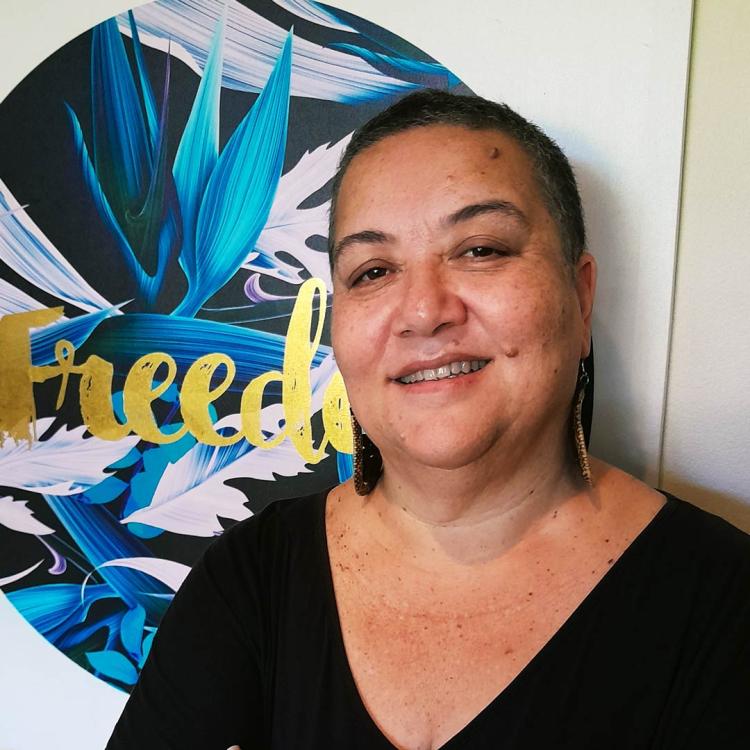 Noelene Nabulivou is a Feminist Activist and Founder of Diverse Voices and Action for Equality or 'DIVA for Equality' in Fiji. We asked her about the vital role women's leadership has for effective disaster risk reduction and resilience.

What is your role in building disaster risk resilience?

As a Pacific feminist and a long-time activist and advocate on all areas of gender justice and women's human rights, what we've known for decades now is that we have to be working across social economic and ecological and climate justice.

So really I don't think you can do work right now on any justice issues without incorporating disaster risk response.

How can women’s leadership reduce vulnerability?

There are two ways that we have to look at this – and I think women in the Pacific are leading in it – which are: the intersectional and interlinked vulnerabilities and marginalization.

They are really important. One is about how the impacts are greater on women and girls but also gender non-binary people. If you look at the leadership women have been in there doing the work of substantive leadership, whether it's on the prevention side of things or it's in terms of the response and reconstruction and reimagining society, and the state for everyone to to have better development outcomes and justice and human rights for everyone.

I think it's both the impacts are greater on women and girls, but also that we are definitely already in leadership, particularly in climate frontline states like Fiji and the Pacific.

How have women reduced risks and increased resilience?

One of the wonderful things about the work I do is the number of different kinds of initiatives that are being undertaken by women and girls and gender non-binary people across the region and globally. There's about 14 projects that we have ongoing at local level in informal settlements here in Fiji, but also in rural and maritime areas. They range from things like how can you be more resilient. Let's say you don't have coconuts, then you don't have the voivoi that we use for mats. These mats for instance have significance in our lives in many ways. They're about ritual. They're used at birth, they're used at marriage, at death, all the way through one's life. But also they're part of our everyday lives, to put on our floors, to have in our kitchens, in our sitting rooms. So who makes those mats? It's women.

And what happens if the voivoi is not available anymore? The pandanus plants – because our ecosystems aren't working as we'd like them to. So we've been working with women in maritime and rural areas and asking: what are the things that you require in order to be more resilient? How do we look after the ecosystem? How do we defend the commons?

Women came back to us very clearly and said 'we want to do a b c d e f.' We want to plant these things. We want food and fruit forests. We want to be sure that as things get harder for us in the coming decades – as we experience more loss and damage – that we want to be ready. So that's one set of leadership: Women already doing this work.

At the regional level, We have these wonderful coalitions and the good thing I think about social movements is that there are those that are kind of a feminist coalition. So you have Shifting The Power Coalition, you have Women Defend The Commons Network, you have a wonderful young women feminist network called Ganga, you have Pecan – which is where women led initiatives are then part of wider mainstream sets of work. So this links into the Climate Action Network, which is a national, regional and global set of work. So if you're working in all of these areas, and kind of in a fractal approach where you're everywhere and people are trying to be coherent and talk to each other about the really key sets of work that you're doing, then you don't have to be everywhere. You’re sharing the load. And I think for climate frontline people right now, it is about coherence. But it's also about sharing the load because a lot of us are exhausted.

We have to find smarter and more responsive and effective ways to deal with all of that loss and damage: the ecological damage that we’re facing when we are the ones who created very little of it. We have to do a lot more in terms of finance and technical assistance and shared capacities so that we can escalate even more because we have to work even more rapidly and more effectively together as as peoples of the world.

What barriers do women face in the disaster risk reduction field?

There's a lot of barriers to women’s leadership in DRR and I think they range from systemic problems. How can anyone who's trying to do incredibly important work – whether it's on climate disaster risk and response or humanitarian work or biodiversity protection – how is that possible when:

1. We're in a region where we have double the global rates of violence against women. So you've got this existing epidemic of violence that that we have to face every day. And I think it's very clear that the state is duty bearer. Therefore they have a responsibility to change those conditions. But also that we as civil society and women leaders of every kind – whether you're a woman leader within the state or outside the state – we have to insist that we are taken seriously, that our work is recognized, that work is also linked to sets of work on a second issue.

2. So you have violence against women and girls but it's also about the care economy. Unpaid care, domestic and what we call communal work here, is the set of work we do in the Pacific, is all the burden that is on women's and girls's shoulders. All the time, all of that is ongoing while you are then trying to respond to increased severity of disasters, increased occurrences of disasters.

We have to be making sure that any time, including in a regional meeting and in a global set of multilateral engagements, that this work is really core.

That's why, in terms of things like the Sendai Framework, we really need a gender action plan. We have it in the UNFCCC, and it has been incredibly important in keeping the work escalating, but also in making sure that people understand just how core it is to the work of climate change, and in disaster risk and response. We have to be sure that we have that and that it's integrated into every single part that. When we talk about gender justice, we're not just talking about inclusion. We're talking about how do you reconfigure both the state and society so that we all have the capacity to make sure that, ultimately, what we’re trying to do in disaster risk and response is we're trying to say all development has risks. And we are trying to mitigate those risks to make sure that there's less of those risks, in that we that we can build a better future for everybody.

How can we increase women’s leadership in disaster risk reduction?

We know that we need substantive analysis, and we need that analysis to be incorporated into the work of the state. One of the reasons why we're so keen on doing the work about reconfiguration is: If you are a nation state, you have to be able to change your foreign policy so that you are working in better ways, in gender transformative ways, because if we look at the SDGs. What we know is that one of the SDGs is about ending inequality within and between states, and that's really core to the work that we're talking about in. Make sure that we're looking at the existing inequalities. Make sure that we're willing to make those changes.

We have a saying in the women’s movement, in the feminist movement. Which is: We'll never give up on ourselves, on other species, and on the living planet. We have 200 species a day that are becoming extinct. That's a thousand times the background rate, the usual rate. 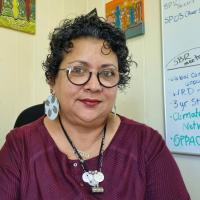 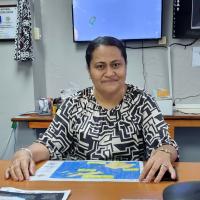 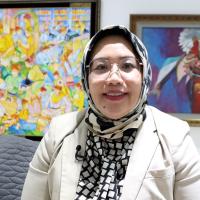